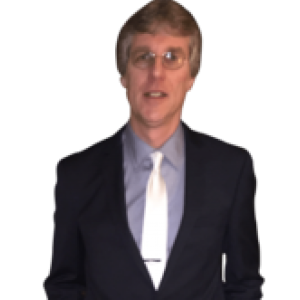 Stop Living Small: 5 Ways To Go Far Beyond Your Comfort Zone And Live The Life You Were Meant To Live

Why Are You Living So Small?

“Life is too short to be living somebody else’s dream.”
Hugh Hefner

Are you living small?

Are you living the life you were meant to live?

Do you feel like you’re being held back from your true purpose in life?

The way we live is today far different from the way our parents and grandparents lived and as such, many of us feel lost when it comes to how we can attain our dreams. We’re looking for a way to be free yet we tie ourselves up with excuses and lies.

We live in a shell in which we protect ourselves from pain and attachment. We lose sight of the real us because we’re fearful of what to expect.

Many people avoid confrontation so they hide themselves away but secretly wish they could face life head on. They invent excuses that keep them from taking action which can bring some form of fulfillment but instead, keep them locked inside their own prison.

But what if we could embrace our innermost fears and overcome the walls we put up around us?

What if we could break out of this prison and open our hearts and minds to the wonders and beauty of the world in a way that brings pure joy and happiness to everything we do?

The biggest thing stopping most of us from living the life we were meant to live is fear. Fear of rejection… Fear of looking stupid… Fear of making a fool of ourselves… Fear of the unknown… but the biggest fear… is the fear of failure.

The fear is so great most people would rather not try and stay where they are than to make a concerted attempt at success than to risk failure. But failure is not the true problem here. Putting yourself out there is hard but success and happiness come with a price and if you don’t pay it you’re trapped.

Your fear is preventing you from living the life you were meant to be and if you let your fears overtake your mind and heart, you will never experience what real living is all about.

Below is an infographic about how to overcome fear. Sometimes, when fear is right in front of you, there’s no other way than to face it head on. 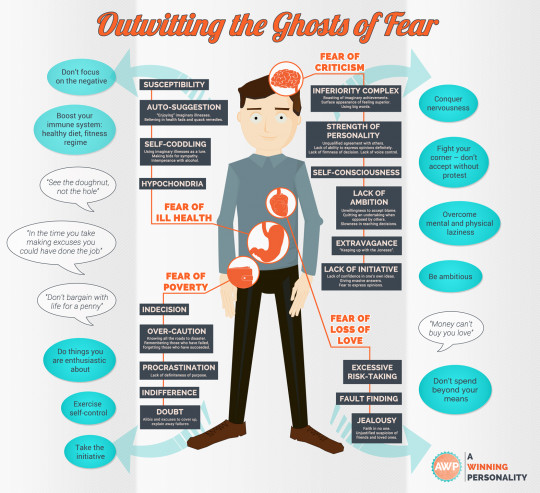 But a perceived barrier to entry is when we think something stands in our way… but it’s not real. It’s only in our way because we let it be.

Are You Sabotaging Your Own Dreams?

“The future belongs to those who believe in the beauty of their dreams.”
Eleanor Roosevelt

What is your focus in life? Are you making the most of the talents that God has given you or are you focusing your efforts on avoiding pain or embarrassment?

It’s time you gave yourself the chance to be best you can be. It’s time you believe in yourself. You matter, you have value, and you have dignity. These are things we forget when we make the attempt to be successful. Our belief in ourselves must be front and center in your attempts to make your life better.

How do we sabotage ourselves?

“If you’re not living on the edge, you’re taking up too much space.”
Stephen Hunt

What is it about life that causes us to shy away from taking a stab at success?

I can remember many times when I wanted to do something but shied away because I feared success. That’s right. I was in fear of being successful. It was the old, “If I was successful then I’d have to continually prove that I was good enough” belief that many of us use as a n excuse.

Excuses are what living small is all about. We use them to explain away what we feel we can’t accomplish. Those excuses end up becoming boulders on our shoulders and weigh us down until we believe we can’t do anything and use the fear of failure as an excuse.

Molly Cain, a writer for Forbes Magazine relates the story of a mother who posted a sexy picture of herself in her workout gear standing next to her three young children. This woman wanted to show that she got this body because she didn’t give into excuses. She could have used the excuse she’s too busy being a mother and a career woman but instead showed what you can do when you live big.

Molly explains, “We hate to be reminded that our excuses are explaining away laziness, failure, giving up and self-doubt. They’re there when we need them and we reach to them far too often. Our excuses drive us to failure because they let us take the easy way out.”

That was me for a long time. I took the easy way out and it frustrated me to no end until I got busy and started living big. That’s when good things started to happen. I was able to get signed to a big named publishing house, I published book after book and overcame shyness because I didn’t want to be a living billboard for excuses anymore.

Molly finishes up by stating, “We all have things we could blame for derailing us in life. It’s only when you identify the excuses you’re using in life that you can really get ahead.

Who and/or what are you blaming for not living the life you want?

What are you going to do about it?

Are you going to live the rest of your life being stuck with excuses?

Here’s an inspiring quote from the actor and comedian Jim Carrey that he made at a 2014 college commencement. He explains what you need to do to go beyond that “Thinking and living small mindset” and make a difference in both yours and other peoples lives.

“You can spend your whole life imagining ghosts, worrying about the pathway to the future, but all there will ever be is what’s happening here and the decisions we make in this moment, which are based on either love or fear. So many of us choose our path out of fear disguised as practicality. What we really want seems impossibly out of reach and ridiculous to expect, so we never dare to ask the universe for it.”

Does what you want seem so far out of reach that the only way is to quit before you begin?

That’s a sad commentary on life. Why try something if we’re only gonna fail at it anyway?

Because you never know what’s gonna happen unless you try. Don’t stand on the sidelines while everyone else plays the game of life. It’s a boring place to be with no action and no happiness. Why don’t yo get into the game and see what life can offer you!!!

You can fly but you have to believe you can. Don’t worry about what others say or think about you. You only have to please yourself. And since when is failure the end of everything?

You learn from your failures and go forth, always striving, always looking ahead, and giving it your best. When you live small you box yourself into a corner with your wings clipped.

The Consequences Of Living Small

What type of signs come into play when you are living small?

I call it the “Wallflower Syndrome” and it’s exploited to the max by people who say they are too shy. Once again it’s just an excuse that helps you avoid living life to its fullest!

Here are the 5 tell-tale signs that you are living small and why you won’t change.

1-You wait for people to come to you – Instead of making the first move, you wait patiently for everyone to make the first move and if/when it doesn’t happen, you give a big sigh of relief because you don’t actually have to make any type of commitment. This way you avoid any type of confrontation.

2- You stuff your life with inconsequential things – No matter how busy you get, you gravitate to the small things such as errands, chores, to-do lists that don’t mean anything. Those things that are a big deal get pushed back all the time. You end up missing the big picture in life because you occupy your mind, your time and your life with the wrong priorities while everyone else is busy making things happen.

3- You let criticism beat you down like a hammer – Any type of criticism is like a huge billboard confirming everything you already felt about yourself. You’re not good enough, you don’t belong, and you will never amount to anything. We, that’s all bullshit! It’s just a way for you to deal with life. Stop wearing a coat of armor. It’s heavy, uncomfortable and it can’t protect you from anything real.

4- You’re a planner not a doer – Living small consists of small plans, small ideas and small details but they never amount to much. Why? because you never carry them out. You’re a dreamer with no concrete way to make them happen. You put up walls (excuses) everytime something comes your way. You spend your whole life planning for something that will never happen. You never take chances because you’re worried of ridicule, indifference, or worse yet, falling on your face from failure but as I am fond of saying… who cares? Get up off your ass and do something! Even if it fails at least you tried. Learn from your mistakes and carry on. You’ll be able to learn what you did wrong so you can make corrections the next time around.

5- You live in a world of escape – You’re so unhappy with the life you have, you escape to a world where you can’t fail. Your dreams are filled with actions you would never take yourself and you play the hero. To you, reality is an illusion and dreams are the real world. Every mistake, every trial and tribulation is magnified to the point where you hide away in your own magical wonderland. What’s so hard about being human and screwing up at times? We all do it. It’s those type of people who get back up and have the “Never say die attitude” that live big and get the most out of life. Isn’t that what really scares you?

What would you do if you knew you couldn’t fail? It’s a question you need to ask if you want to live the life you’ve always wanted.

It’s time to take off that negative mindset that’s weighing you down and just start living and moving forward. You don’t have to succeed all the time and you don’t have to go fast. As the song goes,“Put one foot in front of the other and soon you’ll be walking ‘cross the floor.”

From now on, you have to take advantage of your opportunities to live the life you were meant to live. It is the new commandment for your life!